WILL members have been getting remarkable results.

Hear what they have to say in their own words.

Karen, a lawyer in New York, came to WILL when she was facing a big life change.

Prior to working with Elena, I was an in-house corporate attorney at a global financial services company. After nearly 20 years with the company, as my youngest child prepared to leave for college, I realized that my priorities had shifted. I wanted to do something more meaningful and connected to my own interests.

A friend of mine suggested that I work with a career coach and recommended Elena. While I initially thought this was a bit self-indulgent, it was one of the best investments that I have ever made. Elena’s practical, individualized and supportive approach helped me discern what mattered most to me–to work in an art museum–and where my strengths lay. I learned valuable networking and mindset skills and found it rewarding and empowering to share experiences with other members of the of the supportive WILL community. The course is an effective, efficient and business- minded way of helping you define your goals and map out and implement a plan to achieve them.

I wholeheartedly recommend Elena without reservation. You can tailor the program to your own needs and pace. Elena is a joy to work with. It is a relationship grounded in trust and understanding. I was a skeptic about coaching and did not understand or appreciate the value of mindfulness prior to working with Elena. I learned to expand my way of thinking, and it could not have been a better experience.

Gina who found WILL serendipitously and used a wake up call at work to reconsider what she’s spending her time doing.

Listen to Gina in her own words

If you want to wake up everyday excited to go to work, reach out.

Tara, who used WILL to get out of the rut she was in and find what her next steps were.

Listen to Tara tell her story 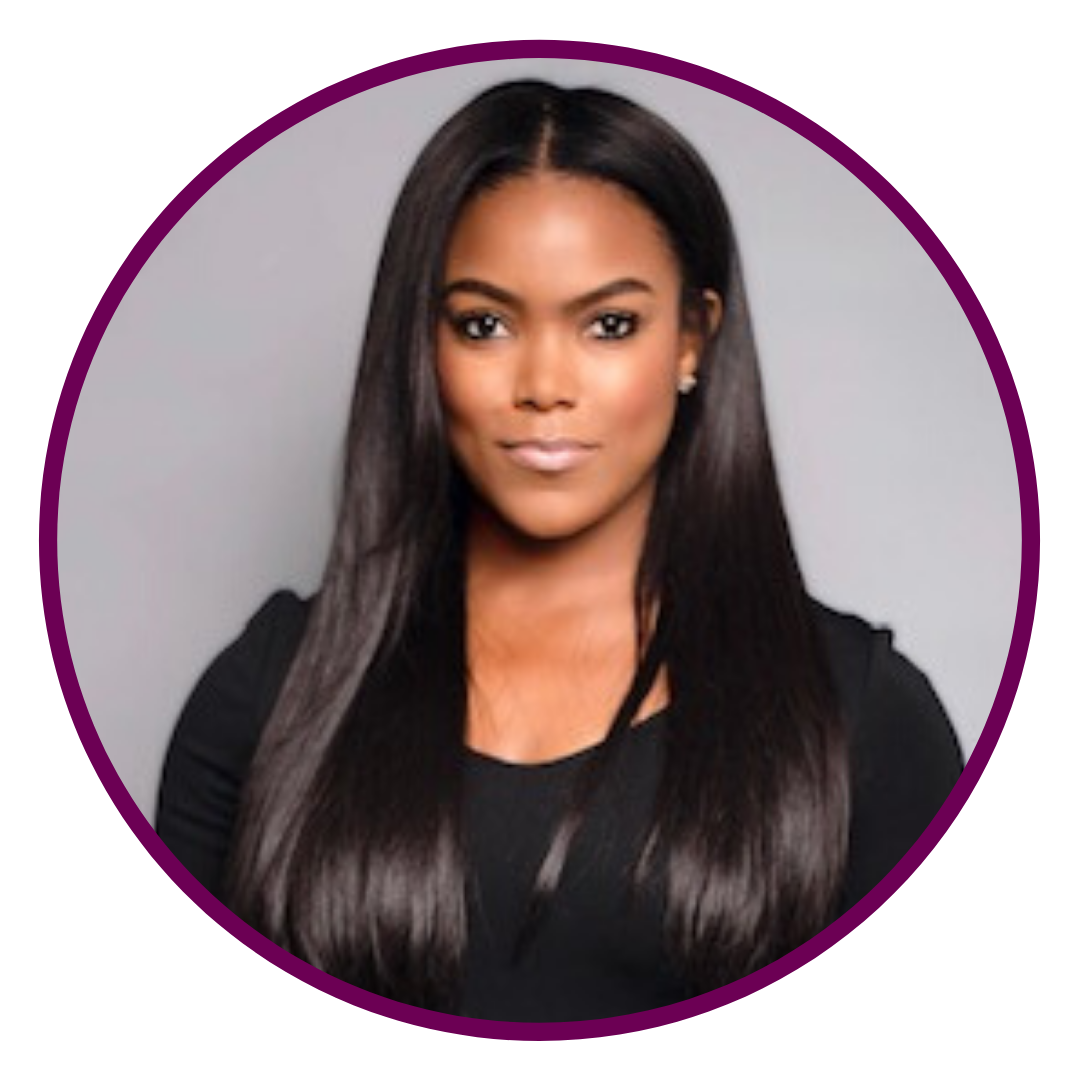 Angela shares what she’s gotten from WILL and why she flew across the country to attend the first WILL retreat.

I’m coming to the retreat for a couple of reasons. The first is having three solid days of doing additional work on decisions I’ve made, and get support around that. I want to think about what’s coming up in the future and take time for myself. I have two kids and it’s very rare to be away… in fact I will have never been away from my kids for this long.

I’ve taken the big leap, I’ve left my job and started my own practice, but there’s still additional work to be done around ‘How do I fashion this next stage in a way that avoids some of the pitfalls in the big firm environment?’

I’ve gotten a lot of benefit from working virtually with Elena, and learning from other women in the same kind of situation. This is our career and figuring out a different path outside of large law firms is surprisingly emotionally fraught.

So there’s the community aspect, connecting with other people. The reality is, we all have a common slightly terrible experience, and we all have the common language. Plus, I’ve never met as good of a facilitator as Elena, and I’ve done a lot of leadership development programs and conferences. Elena facilitates this community element very skillfully.

Ultimately, I think this experience will help me really actually integrate these parts of myself: the part of me that wants to run as far as humanly possible from a big firm and then the part of me that actually I do still enjoy being a lawyer. I’m looking forward to having the space to do that integration work, and it will be nice to connect with other people who are in the same boat.

Dani, a lawyer in New York, felt like she was drowning before she found WILL. Now she’s swimming for shore.

Lauren, a lawyer in San Francisco, after the first WILL retreat in 2019.

I did not really know what to expect for the retreat, but I was looking forward to meeting everyone and spending time together in a beautiful place.

I loved spending time with everybody and getting to know each person’s story. It was a good balance of challenging work and time to rest and restore. I felt welcomed and supported throughout and was able to open up and really dig into the work because of that.

By the end I felt better equipped to do the work I need to do for my future, and I feel more connected to my WILL sisters.

I absolutely recommend a WILL retreat to other women lawyers. Elena put together a carefully considered agenda with time for both work and play. The venue was lovely, and I felt taken care of during the entire retreat.

Want this story to be yours? Schedule a complimentary consultation.

Jennifer 100% recommends WILL and is NOW investing in the business of herself.

Before starting WILL in January 2019, I was completely miserable working for people that I thought were disrespectful of my time, effort and talent. I wanted to do something that made me happy and felt fulfilling, instead of just doing something I was good at and made money at but hated.

I was at my second big law firm. I had been at a gigantic corporate law firm, made a switch to a smaller firm and I still hated what I was doing. After about six months there I realized, it was not the change in firm that I needed, I just need to do something completely different.

I, like many people, was someone who decided when I was in college, ‘Oh, I’m just going to go straight to law school.’ I never took any time to think about my personal interests, what I liked, or was good at. I basically went straight through, so I didn’t have any actual real-world working experience until I started as an associate.

One part of the WILL program that I went into with some skepticism was the group sessions, however I found those to be some of the most rewarding and interesting moments. Even if I wasn’t talking about my problems, just hearing that other people were having similar feelings and struggles, including people who had been working in law firms a lot longer than I had, was helpful. Everyone helping, supporting, coming together with that group feeling of ‘Yeah, we can all have happier lives’, I just loved that.

WILL really helped me to figure out myself. It was like having a conversation with myself for the first time in seven years. I found the self-reflection part to be difficult at first because I had never done it before. It’s like meeting a stranger, you have to form a relationship in the beginning, and I just didn’t have that kind of open dialogue with myself. I knew I hated my job, but I never asked myself, ‘What do you want out of your career?’.

Now I feel so much more in touch with myself, knowing what I’m happy with, not satisfied about, finding ways to adjust, change course, and be more flexible so that I don’t feel like I’m stuck. In terms of achieving my goals, I have found a new job and a new direction, and every day I feel like I’m building towards a life I want. I have also gained a lot more clarity, and have the tools to achieve it.

If you’re an attorney who feels stuck, unhappy, or miserable, I would a hundred percent recommended WILL. It just took a lot of pressure out of the process, because I had so many people telling me ‘you’re doing the right thing’, and if you don’t have that support, it’s lonely and isolating. I think having a group to talk to and not feeling like you’re alone, and getting different ideas was invaluable to me. I don’t think I would have had nearly as much insight and clarity as to what I wanted out of my job without WILL.

I’m so happy that I found WILL, because it has completely changed how I think about work and happiness. I feel like I should be happy in what I do, and that was a total mindset shift for me, because it’s not how I was brought up to think about work and about success. I feel so much more myself. People tell me they see a physical difference in my appearance. I feel hopeful and like I can do something, I never felt that way before.

I spent so much time investing in making other people’s business successful that I never invested in the business of making myself successful. And now I am, every day.

Ready to find out if WILL is right for you?

Gina on what WILL has given her and why she went to the first WILL retreat.

I’ve long been unhappy as a lawyer. I thought it was just my cross to bear, like I had no other options.

I have so many women friends who are lawyers, and we always joke when people say, there’s a lot you can do with a law degree. We would say like, ‘Yeah, you can be a lawyer. That’s it.’ I know that’s not true. But when you’re in this mindset it’s hard to shake.

About a year ago, I realized I needed to explore other options. I went to this event with my sister, and a woman stood up in the audience to ask a question, and said, my name is Elena Deutsch, and I have this company called Women Interested in Leaving Law. And I was like, ‘What!? This is specifically what I want.’

I started working with Elena in August of 2018, and it has been life changing. I feel like, ‘No, this horrible job is just temporary.’ That mindset shift alone has yielded me far bigger returns on my investment than I could have anticipated.

When Elena said she was planning a retreat, I was very excited because I love the group nature of our [virtual] program, you feel so much less alone in this challenge.

A lot of why I’m coming to the retreat is because of Elena, I know what she offers and I know how helpful she is. She’s very nurturing, but in a motivating way and holding you accountable way, but in a non-critical way. She is really well attuned to the psyche and challenges and needs of women attorneys, which is a specific breed of person.

The things that Elena’s helped me do and change in myself… my husband,  children, friends, sister, everyone in my life really can feel it.

From this retreat I want to deepen that, I want to feel like this worked, like I feel transformed. I’m coming back with a really fresh perspective, focused on what’s important, not letting the world dictate for me what I should be doing.